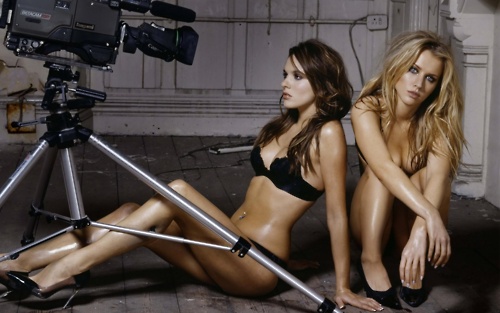 So, hypothetically, could I cruise the strip for a male and a female prostitute, pay them to have sex with each other, video tape it, then distribute said tape for a marginal to large profit? Seemingly I have just made pornography, so is that legal then? To me that seems somehow worse than just fucking a prostitute. With that mindset, what would happen if someone were to pick up a prostitute on a sting, and when being arrested simply explain that one was in fact going to purchase another prostitute and film the act….do they have to let him go? And could the undercover cop be in breach of contract if she doesn’t go through with it?

Porn Actresses have it considerably better than prostitutes. This isn’t because their employer’s care for them, it’s a safe assumption that their boss’s care level is comparable to that of a pimps. But actresses in the adult film industry, while having the exact same job description, have standard salaries, required health check up, and legitimate taxable work. Whereas Prostitutes earn what they can, risk violence and STD’s, and routinely get thrown in jail.  And what’s responsible for this gaping discrepancy in treatment between two professions that are more or less the exact same?  It’s all in how the government chooses to view the two jobs. Though I can’t tell the difference, even when I see it. Now, I would say that there is a fairly large social injustice here, one that merits actual consideration, but really…who gives a shit about prostitutes?